Is it our business?

I’ve just read an article from the Dail Mail that was tweeted by Tessa Kendal, who blogs for The Lay Scientist. And I just felt like sticking my oar in.The Daily Mail article can be found here. Briefly, it states that Peter and Hazelmary Bull who run a B&B in Cornwall have christian values that they have chosen to reflect in their business. One of their policies is that they will not let a double room to unmarried couples. This was stated, but in small print, on their website (probably updated since 2008) here. In September 2008 civil partners Steven Preddy and Martyn Hall chose to book a double room at the B&B but were dissapointed to find on their arrival that they would not be allowed to share a room, and as there were no other twin or single rooms available were given their deposit and turned away. The couple have decided to sue for £5,000 in damages against the Bulls, complaining that they were being discriminated against.

My feelings on this are that running your B&B with christian values should surely not be a problem so long as it harms no one. Now if I don’t want to watch Songs of Praise on the TV then I turn it off. I don’t believe in god, so I choose not to go to church. I know that if I go to an abbatoir I will find it offensive, so I don’t go. If you don’t want to abide by someone else’s moral code at their B&B then don’t go there. It’s a choice.

Now I’m aware that under the law or not there is some discrimination occurring here, I think we all know that the christian religion is full of discrimination and bigotry. It would be nice (but fanciful) to think that this bigotry would just go away, but it won’t, not for a long time. In the meantime we can highlight the bigotry and be instrumental in the gradual decline of the organizations that promote bigotry and oppression through dogma and fear. But when people like the Bulls are attacked (and there is a hint that a gay rights group may be involved and the Bulls were targetted) and possibly financially ruined for upholding what they believe to be high moral standards are we becoming the bullies? Attacking the organizations that perpetuate and uphold these out of date and potentially dangerous ideals is surely the better moral route to take. Targetting and attacking individuals will achieve nothing, changing the policies and dogma at the top will…eventually.

After an awkward few weeks of viral attacks and confusion, welcome to the slightly different and not quite right yet  Davey Lee Me and My Photography. Hopefully a few e-mails and a chat with the “Web Baron” Mr Versluis will iron out some of the wrinkles.

Since my last post I’ve been able to get a bit more filming under my belt, notably a short drama entitled “Through a Desert Song”, as soon as it has been graded I’ll get it up on the website. It was concieved, written, directed, produced and edited by John Webber, a huge effort and fantastic achievement considering it was his first time.

A friend of mine, Sam Seal, has started his interview series called “Iviewme” on youtube now, check it out. Interviewees are asked to think of ten questions that they answer during the interview (effectively interviewing themselves). This means that there are no nasty questions on the horizon and the interviewee can direct proceedings in the direction that they want. I think the ultimate interview for Sam would be Richard Dawkins, so if you’re reading this and you know Richard Dawkins or someone of similar note please point them in my (or Sam’s) direction.

This week I’ve been mostly thinking about the 1023 campaign and the further ramifications of it.

Now I very much agree with the thrust of the demonstration, in that Boots, the respected high street chemists were being asked to stop selling products that cannot be shown to have any medical efficacy at all. Quite right, we all have been raised from childhood to regard Boots as a place to go to get good sound advice and good products that will help us feel and get better. To use your reputation to be selling what are essentially sugar pills as remedies purely to rake in a profit from a gullible portion of the general public is just wrong. (I’d just like to add that if we were to look a bit closer we may find more non-efficacious products on Boots shelves as well).

Homeopathy HAS been proven to have an effect as a placebo (article and video here), this effect is enhanced by the “ceremony” of going through a full and thorough consultation and shelling out a consultation fee (both the consultation and the fee have been shown to increase the placebo effect) the cost for the actual remedies is usually minimal (the main constituent being sugar). If there was a way to weed out the shysters and cowboys that claim to be able to cure things that it is scientifically and medically impossible for them to do, then combined with a medical based regulatory body and a stringent code of  conduct/ethics, I don’t see a problem with using Homeopathy to dispense placebos that would relieve the NHS from the cost of consultation.

Now, my feelings are that by revealing and exposing the woo surrounding the theories behind Homeopathy are we destroying the important part that “ceremony” plays in the placebo/Homeopathy process? Homeopathy isn’t going to just go away and the Skeptic message will only get through to a relatively small receptive portion of the general public (even if taught in schools it would take years if not generations to water down the Homeopathic hold on the public no pun intended). So perhaps there’s another way. Maybe the Borg have a point, don’t destroy, assimilate!

Yet again this is a bit after the event, but what the hey.

My new found Skeptic buddies (see previous post) asked me to video the Southampton 1023 Homeopathy overdose event for them on the 30th of Jan.

This wasn’t just an event to slag off some Homeopaths ( I think they and some other alternative therapies/treatments/medicines have a part to play in some of our lives) but a swipe at one of our national institutions, “Boots” the chemists. When I pass through the portals of Boots in search of a remedy for an ailment of some sort I expect to be given good advice and pointed in the direction of clinically proven medically efficatious products. Instead I could very easily be directed to products (without the consultation of a Homeopathic practitioner!) that are of dubious efficacy and unproven medical benifit, put on the shelves purely to be sold to the gullible and credulous for considerable profit…and breathe…steps off soapbox.

The video explains it much better than I can. Crispian and Dave were natural spokes people and did a great job but everyones input was fantastic, even those left out.

The day was great and the demo went like clockwork, except for a stiltwalking brass band that was competing for airtime! A dash back to Crispians house to edit the footage was saved by Dave fetching his firewire cable from home, some nifty editing from Crispian and Hey Presto! it was up on youtube, it racked up over 3,000 hits in 3 days! well done Hampshire Skeptics!

Been a while hasn’t it…here goes

Last week I attended the inaugral meeting of Hampshire Skeptics in the Pub (Hants SitP) I must admit I turned up a little concerned that everything would be far too intellectual for me, so I went under the guise of a photographer in case I needed to bale out. Handily Dave Hughes who, together with Crispian Jago, organised the evening had asked me to take photo’s anyhow so subterfuge was kept to a minimum.

The venue was the Roebuck Inn Winchester, which has a well proportioned dining room re-configured for the night. However it  wasn’t long before the dining room was full and the bar annexed also, exceeding all expectations.

MC for the evening was Skepchick Rebecca Watson and guest speaker was Simon Singh who kept us rivetted by the English libel system and the need for its reform. Other notables were Sid Rodrigues (Rebeccas hubby and driving force behind London SitP) and the rather enigmatic Jack of Kent who dislikes having his photo taken but appears in one by accident, although you have to squint and use your imagination to make him out!  He’s been described as ” Hobbit like” but I would say more Womble like, if you could imagine Bernard Cribbins with a Brummie accent. A very nice chap.

So, I was made to feel most welcome, I was entertained, informed and came away feeling I had made some new friends. I couldn’t have wished for more. Well done Crispian and Dave I’m looking forward to the next one!

This quote by Frank Zappa:

“To hang all this desperate sociology on the idea of The Cloud Guy who has The Big Book, who knows if you’ve been bad or good – and cares about any of it – is the chimpanzee part of the brain working.”

Ok, the shop seems to be back and working again, it would seem I had too many plugins working at the same time and the theme melted on me. Now I can continue adding more images and once I’ve done that I can start taking more photographs and playing around and experimenting which is all I really want to do anyway. I’ve set the price of the full size downloads at an arbitary fiver at the moment, (screen res just cut and paste) I suppose I’ll have to think about marketing and licensing soon (just in case someone thinks one of my images is good enough to go in a book or such like, seems too easy to get ripped off nowadays)

Ok even more changes. I’m now using the Thesis theme, it looks good and I think its going to do what I want it to do, but…big but, it’s a lot more complicated than anything else I’ve tried. So steep steep learning curve. Please be patient and re-visit to see what’s new and please let me know what works and what dosen’t and I’ll try to improve things. 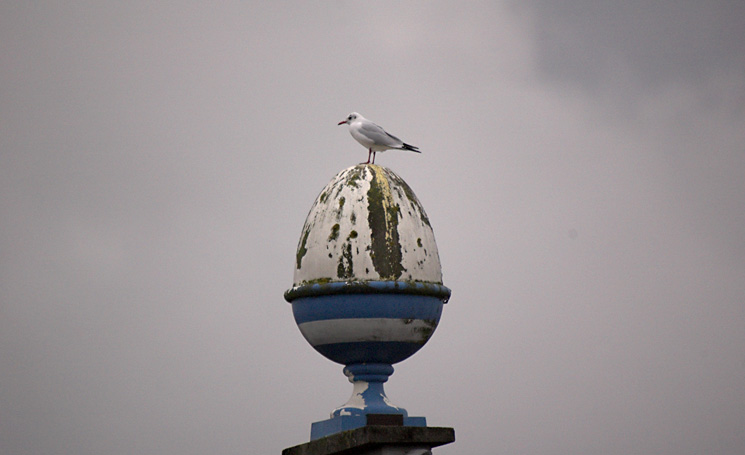